One of Brooklyn rising DJs Sophia Saze has been producing music for even longer, she launched her label Dusk & Haze in 2017 as well as organizing underground parties. For this mix she incorporates her love for techno, quick transitions and local producers giving us the most gritty set that make us want to walk away from our desk and midweek rave. 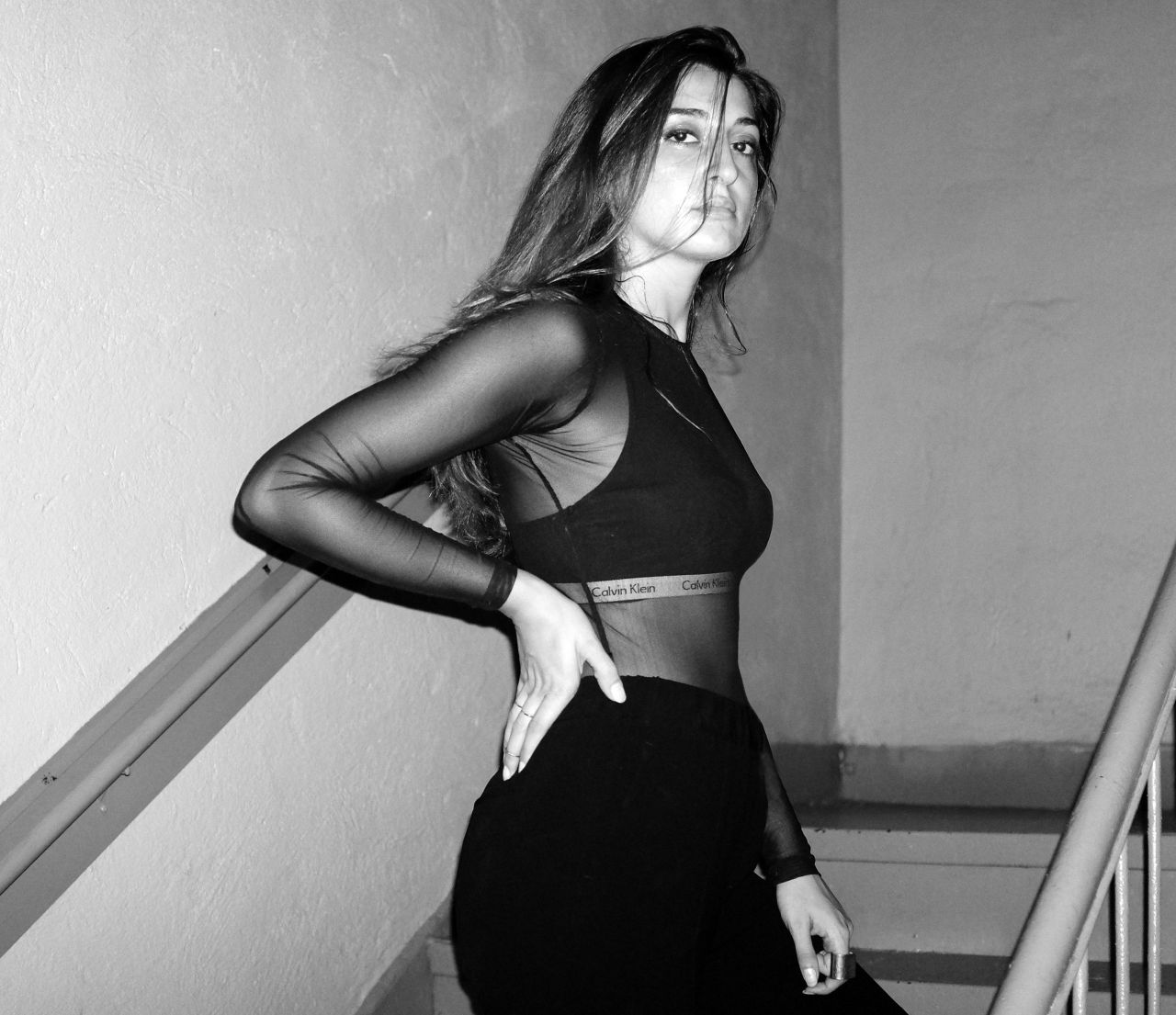 I just finished my first tour in Europe. I'm moving out there next month, lots of bittersweet mixed feelings starting a new chapter - but mainly excited. I experienced a lot of ups & downs on tour & I guess this mix encapsulates my headspace at the moment coming fresh off the gigs. My hard drive was stolen at the airport before my gig at Bassiani. I lost all my music and logic projects, so this is very much a new start. I've been trying to seek out more from younger producers lately. It's too easy to only select big tracks from big labels & artists.

I started djing after producing for many years. I never really thought about becoming a dj before, I only wanted to make music initially. I feel extremely grateful to be able to do this full time for a living now. I started djing after graduating university and moving to New York.

My very first attempt was a total fail. I kind of assumed that being a producer, djing would be easy & I completely train-wrecked. I was too embarrassed to try again until my close friend snapped me out of it (a big shoutout Misha). He invited me to play with him at this nasty (and probably my favorite party to date) after hours called Beef Cuts. That gig re-instilled the confidence in me to DJ

Amsterdam Dance Event x Electric Deluxe. I played there last month & I guess this was the most surreal experience for me. I quit my day job exactly five years ago & I didn't have a real plan as to how/if my music career would actually work out. I went to ADE Festival & I guess that experience gave me the courage to pursue the whole thing, so coming back to play there a few years later was full-circle & overly emotional.

I'm probably the worst person to ask this question, as my stylistic range is so wide. I like bits and pieces from so many different djs and generally ones who can span across multiple genres. I guess a few off the top of my head would be Robert Hood, Ben Sims, Freddy K, Objekt, Sunil Sharpe, Roman Flugel, Antal, Nick Hoppner. I want to especially shoutout some out in New York. There's so much talent there and homegrown local names for me are always more important. Here's a few (Acemo, Analog Soul, Justin Strauss, Physical Therapy, DJ QU). Truthfully, it's too difficult to pick - every dj is strong in different ways. I personally enjoy faster mixing styles for example, quick cuts, versus long mixes.

Harder to answer than the last question. I'll list some current favorite electronic music producers, as my list across other genres is too big.

I have little patience for ignorance, in all forms, especially between artists. I strive to maintain respect towards everyone, so things like transitions between sets and overall booth etiquette are important to me. I started out as an opening dj & I know how much that shaped me in my formative years. Worst pet peeve being the dj after me setting up before the end of my set. I absolutely hate this, just wait a few minutes.

Honestly, I get so emo every time anyone compliments my tracks. Creating something that resonates with a stranger is probably the greatest compliment and purest ounce of truth any artist can feel. Music is sacred in that sense. The best feedback is conveying a point sonically and having it be understood, being able to draw a connection.

Festivals. I actually love small rooms the most but haven't really played enough in the festival circuit. I'm hoping to be able to do more of that over the next year.