Our latest roster addition FAUZIA delivers a mix of her own production and edits, showcasing her vast technical ability to create in many genres; a taster of whats to come. The London-based, the NTS resident has carved her own space in the scene, her sets boast her in depth musical knowledge which she seamlessly weaves together giving us a full lesson thats impossible not to pay attention to. 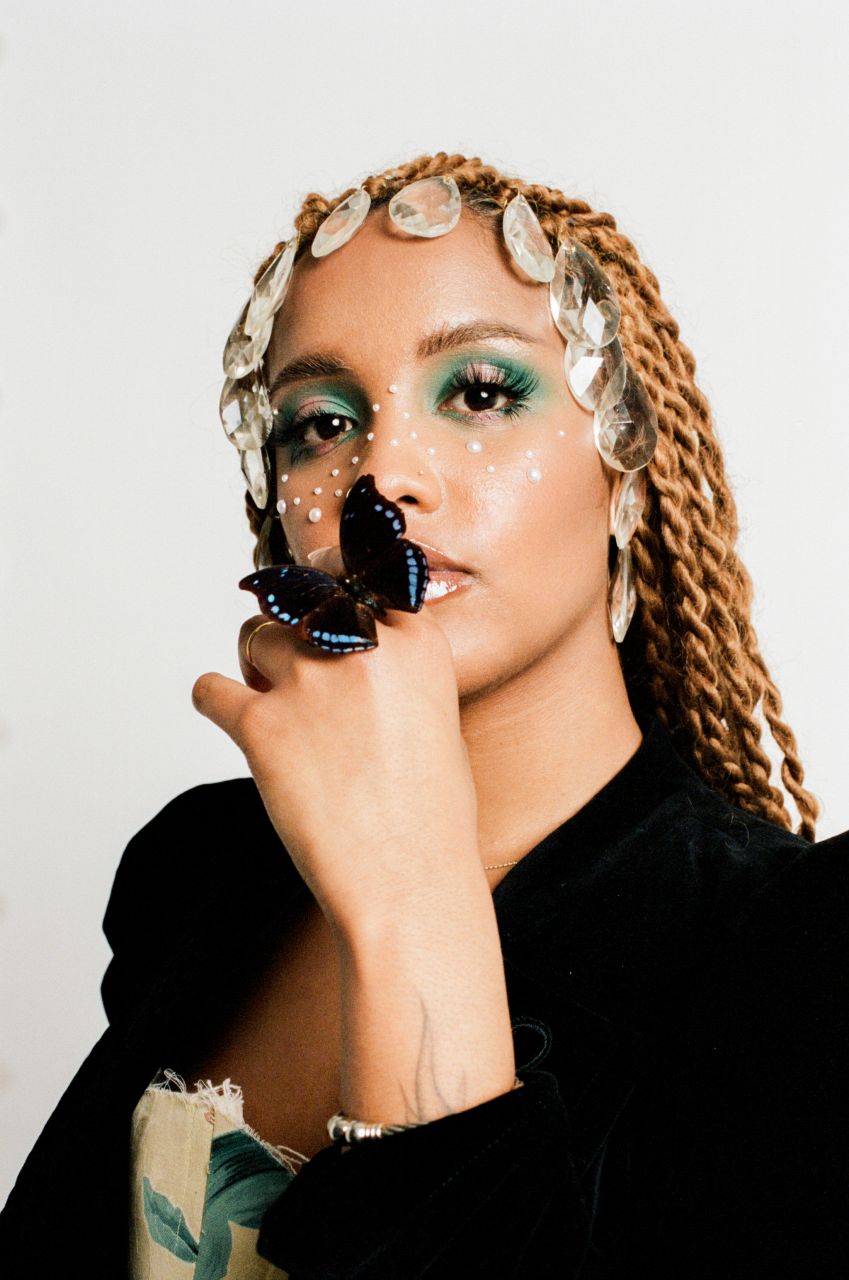 I wanted to do something a but different so I decided to string together a mix of tracks and edits I’ve made in the last couple months. Still a work in progress but I thought it’d be nice to get out of my comfort zone. I want to work on my production this year so I thought this would be a good exercise to do. I think it’s quite representative of me, it’s ultimately a collection of sounds across the spectrum. Almost didn’t do this as I didn’t think it was good enough but my friends forced me to see it through! I’m glad I did though.

Like my third year of university so almost 3 years ago now. I learnt on a controller which made the transition to CDJs tricky but I was a broke working class student so. Still feel like I’m learning tbh! Now I’m trying to learn vinyl this year.

It was actually my own party - I wanted a safe space where I could perform in front of people and be comfortable so I started my own thing. Plus no one was playing footwork in Brighton so I wanted to start something new.

It’s actually changing so much recently! I’ve been invited to play such amazing parties it’s an honour. Just gonna name a few recents; Bologna for a party called Habitat - everyone was so welcoming and I’d never been to that part of Italy before + everyone was giving me so much life! Really enjoyed the impromptu b2b with Skee Mask at De School a couple months back. Unsound festival was also amazing, went b2b with SHERELLE. And the 6 Figure Gang headline show at Electric Brixton was killer.

I’m rooting for everyone Black! But to name a few, Josey Rebelle, AceMoMa, DJ Swisha, Kush Jones, Ok Williams, Shyboi, Akua. Of course I have to have an honorary mention to 6FG! But honestly all my DJ friends are incredible DJs I could list names all day.

Right now I’m gonna say TSVI/Anunaku - he’s been so consistent for so long now! I will also mention DJ Plead in the same breath they’re just doing something so refreshingly new I’m so here for it!

When people try to have full blown conversations with me! I hate being rude but also it’s so ridiculous I don’t get it...

I think it was when I played at Josey Rebelle’s night at Pickle Factory. There was an older gentleman who was so impressed with my knowledge of old school jungle and he was asking me how I knew them even though I’m young. He was also asking me for IDs on the newer jungle tracks I was playing, it was super cute.

I would love to be booked in Africa! Something very heartwarming about returning to the motherland to do what you love. Nyege Nyege festival looks like a dream.

I really don’t know how I ended up in this field none of this was intentional if I’m honest...