UK-based Nahi Mitti, skillfully swerves through a galaxy of genres including her own tracks and edits. Illustrating her affection for the unorthodox which extends beyond her track choices and into her technical style of layering and relentless momentum that’s nothing short of captivating. 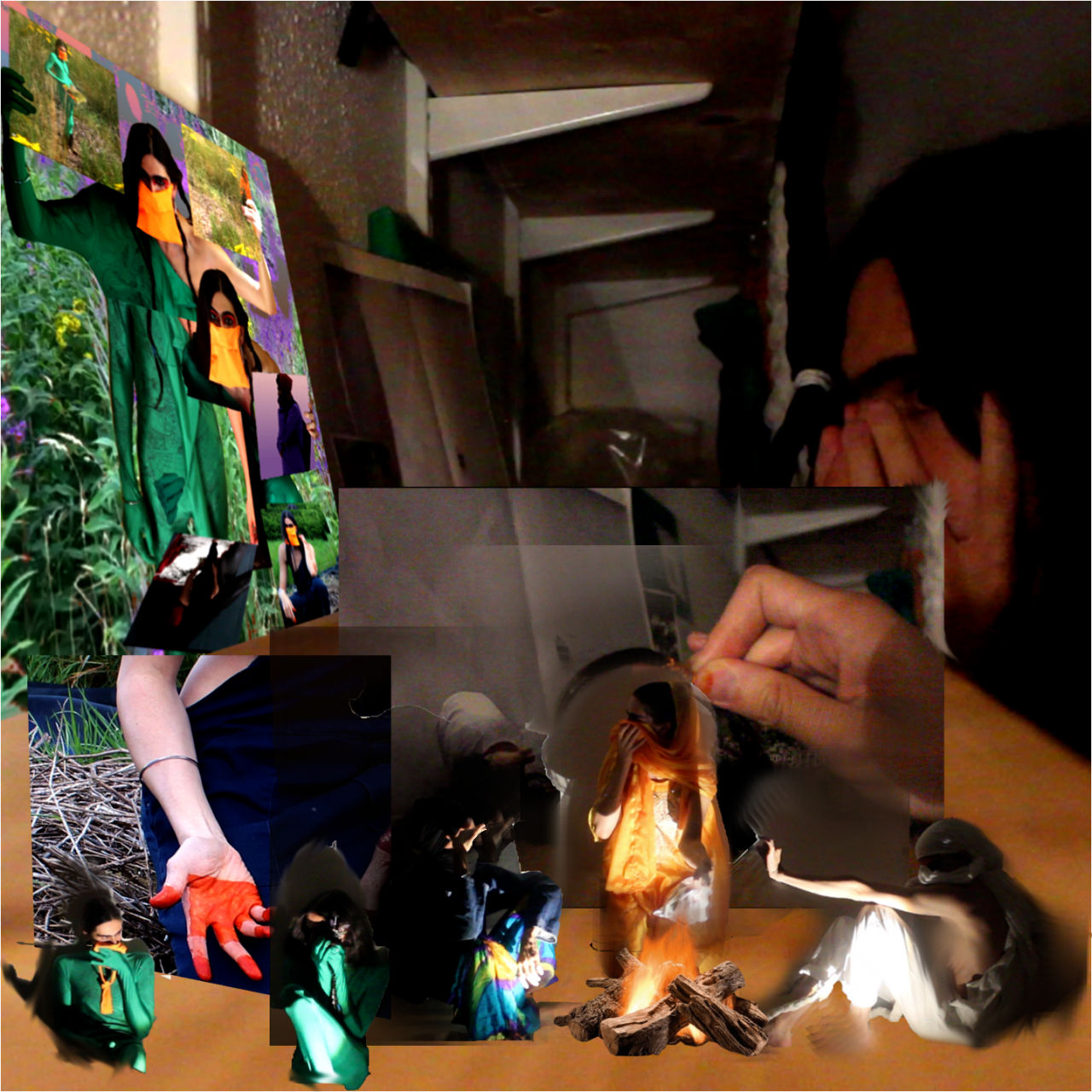 It’s ended up as pretty(,) emo, definitely informed mostly by dance music; it feels kind of strict, like a snare roll can be, but also empty, like a broken jar (or a snare roll?). But… a bit spooky at times, beware!! Feel like it’s in 2 (or more) diagonally-divided parts, like the pic?

Actually there’s been a few first attempts, but, kind of desperately, one of the first first times was when I tried to put a beatmatched mix together in a video editor(…?) in June 2017. It came out nothing like the mix I wanted, tho I think that unloved video has haunted me since... Another seemingly less spooky first was when I started DJ mixing live in February 2018.

Seguewaying from the last question (idk if you know but i'm a dj): tbh yet to have had my straight(!) Top 10 Saddest Anime Villain Death - Best Moments experience, bc at my otherwise most favourite gigs I’ve had some bad and lasting things happen in the same events/spaces. That said, Femmi, at Dalston Superstore, has had faith in my work longer than I really have and that gave me, amongst other things, a really very precious moment of playing for a friend who isn’t with us physically anymore <3 And, tho not gigs as such, a workshop that Yaeji hosted in 2018 and a moment of playing Prom (the SZA song) for DJ Winggold last summer are very precious for me too :))

Difficult question but I’d say there’s Asmara and Manara, for me. Idk, but I’d probably not be DJing if I hadn’t heard their work, separately and together. But that also goes for Lady Amz, DJ EZ, Ikonika, Sayang, Epic B, mobilegirl, plugkeisha, DJ Easy, Tzusing, CRYSTALLMESS and Zoya.

Lol maybe unsolicited advice/chatting? A DJ is someone who is (usually) DJing when they're DJing. Even outside of that, there’s ways of talking to/engaging with strangers with respect and care. WikiHow it?

People being warm and/or generous is something I don't take for granted, and in spooky clubs/this spooky life, it feels so good.

Lol I’m going to be direct and say that i'm looking to join a radio platform so, if you like all this and know something/one, maybe lmk? And, on another note, that I hope I’m warmer than people seem to keep reading me as? Idk tho, but pls come n say hi if you want to (wikihow b4 if you need to)!