I met Abby at Tandem Bar (RIP) initially bonding over biscuits and gravy, nguzunguzu and Total Freedom. ABBY’S MIX FOR DISCWOMAN IS LIT. Upon first listen made me rip my clothes off and run around my apartment. Can’t wait to reunite in Detroit for AN EPIC DW SHOWCASE. 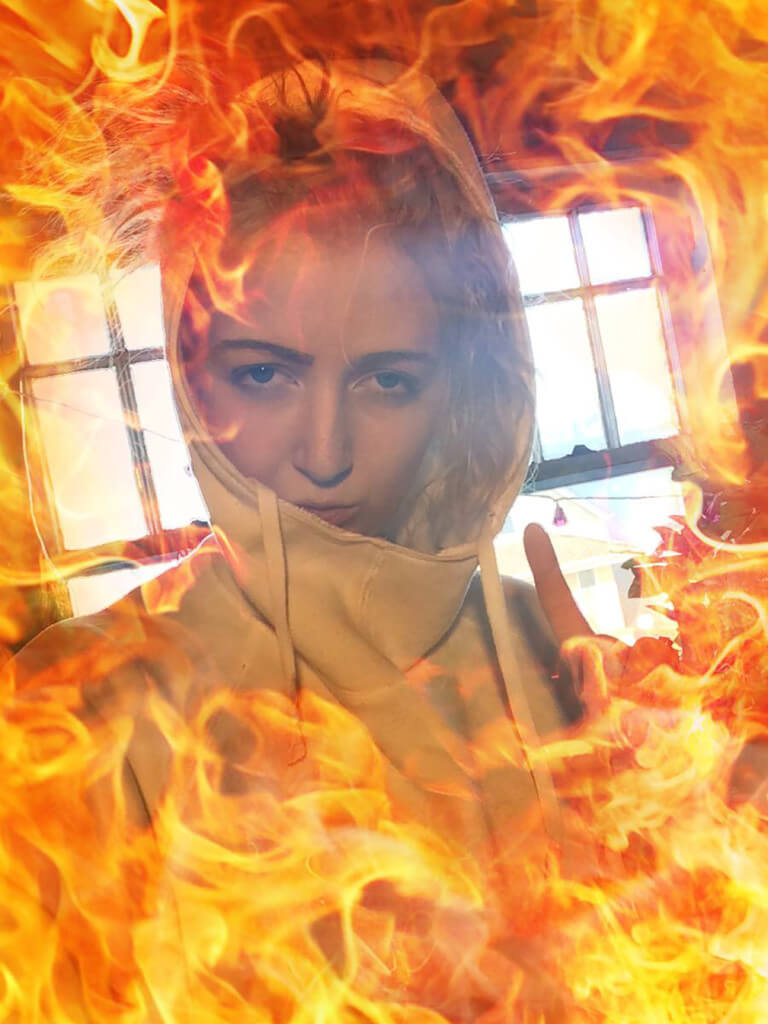 5 years ago i started to dabble in Detroit. Didn’t start doing it seriously until 2013 maybe (s/o to DW boss Christine for my first NYC gig!!!) I also made my first ‘mix’ when i was 8 and still have the CD 😉

An art opening for my friend in Detroit .. Dj’d as ‘DJ Abby Wabby’ ha ha. That night was crazy… If you’re my friend and i trust you i’ll show you the horrible promo video

I dj’d a Dagger party at spectrum (RIP) and it was the most insane 4 hour Dj sprint of my life . My set was from 430-830 am & there were people there going crazy til the very end. Once the sunrise started to come through the skylight i played way more chill stuff that i love like cocteau twins & this mortal coil .. very rare that you will see me dj ‘calm’ music. it was a very magical (and exhausting) night

i have two favorite DJ’s for two very different sides of me .. if i wanna relax or study or whatever, I always listen to any mix made by Ramzi. If i wanna rage and embrace crazy Abby I go straight to Jikuroux from Sydney’s page. Have yet to see Jikuroux live but i pray that changes!

i got to spend two weeks playing shows w/ Air Max ’97 and he has the most insane & impressive secret stash of tunes and bootlegs i’ve ever seen. He also shared so much helpful abelton & production knowledge with me that he taught to himself so I have eternal respect for him as my producer sensei

Last time I played in NYC they had the entire sound system plugged into one janky ass loose power strip and I kicked it within 5 min of my set and shut every thing down . Really killed my mood !! Keep loose cords away from me please I am very clumsy

i dont know!!! i’ve encountered so many nice amazing people that have made me feel wonderful…. but the funniest compliment for music i’ve ever heard was this youtube comment I jus read on some detroit rap song that says: ‘every body I fuck tired of this song……’ my new goal is to produce something that makes somebody want to say this to me